Lycae is the Primal of wolves.

When the human knights found the Great Wolves, they were shocked to find most of their numbers had been eradicated by the incessant assaults by the necrotic and their allies. The final pack of the noble beasts was preparing to defend itself against an overwhelming Underworld force, knowing they would perish in the attack but facing it with grim ferocity.

Inspired by the resolute bravery of the Great Wolves, King Wren and his knights chose to stand side by side with the beasts against the Underworld onslaught, even if it meant their own demise as well. In an act of incredible bravery, King Wren sacrificed his life to defeat the Underworld war party and save his knights and the wolves.

So moved by this selfless act, Lycae, the Primal of wolves, made a proposal no Primal ever had before: to give her own life to save her children. Using a unique combination of wild and blood magic, Lycae shattered her own Primal soul and distributed the power into her remaining children, transforming them into enormous, powerful creatures. Each of the thirty human knights who witnessed this unprecedented event became intrinsically bonded with a Great Wolf. 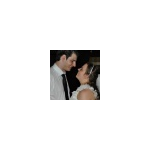